Why going vegan was the weirdest thing I’ve ever experienced

Why going vegan was the weirdest thing I’ve ever experienced

According to the Time’s ‘Brief History of Veganism’, the term vegan was coined in 1944 by a British woodworker Donald Watson. He wanted to acknowledge those brave souls who went a step ahead of vegetarians and said no to all animal products, not just meat. Today, a vegan lifestyle can mean many things. Some people go as far as refusing to eat anything cooked in pans greased with animal oil. Such people are trumped by others who adopt a raw vegan diet – that is, eating uncooked food.

But these are the stories of the grand vegan cities of California – a state boasting more than 200 vegan restaurants. 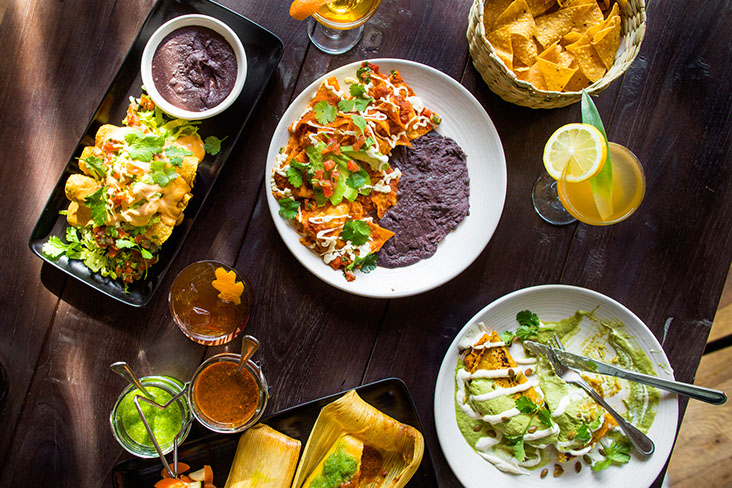 Gracias Madre in San Francisco – a restaurant offering an all plant based menu. Their cheeses and milk are made from nuts.

Pakistan is a different story. Meat is “in our blood”. A more realistic way to understand this would be to look at how integral animal farming is to the country. It makes up a significant portion of GDP, and is the livelihood of too many to count. And funnily enough, going vegan can elicit actual disapproval from fellow Pakistanis.

It raises eyebrows. It also leads to many questions. You can’t even have milk? Do you never eat out? Aren’t you tempted? How can you stop having chicken?

Not many people will understand why you are doing it. Most of the time, you won’t understand it yourself. Pakistani dining culture is built around the concept of rich, aromatic meat dishes. The calibre of a heavily laden table at dinner is judged by the amount and quality of meat. So the most important step to take is to make sure you’re not a lone abstainer. You will need all the support you can get.

But that won’t guarantee success. Going vegan did not mean a total curbing of temptation for meat and dairy. In fact, it turned into a guilty negotiation process: scrambled eggs on the weekend were a ‘reward’ for remaining dairy free the whole week. The trouble was that a vegan diet also felt great. Despite what meat-eaters believe, vegetables can be filling. But Lahore had such a depressing lack of vegan eateries and whole food markets – ones that wouldn’t empty the wallet. So no matter how energised and light the body felt, there was no real motivation to continue because of the lack of an interesting, creative diet.

An organic grocery store in Lahore, where one avocado can cost up to 2,000 rupees.

Going vegan had the potential to be hugely rewarding. It was proof that impossible goals could be met and the body could become accustomed to a different way of living. But then how could something so good also feel destined to end – and end badly? It was like enjoying a heady adrenaline rush, but not wanting to go back for more.

Facebook Comments
Previous Article
How the coronavirus may have changed the Eid bakra-mandi experience permanently
Next Article
Could China cause a 21st century Holocaust?