British media said Sunday the London Bridge attacker, Usman Khan, was a known extremist who preached hate with Daesh and Al-Muhajiroun flags on the streets of Central England.

Troubling signs from the start

UK media also highlighted that Khan had come to the British security services’ attention at the age of 15 but that no action had been taken by the authorities to discourage his hate-preaching.

No connection with Pakistan

In further confirmation of the fact that Usman Khan had no relation of any kind with Pakistan as far his extremism is concerned. Many publications including our own, were quick to point out his association with Pakistan.

It has also now been confirmed that Khan was a close friend and student of Anjum Chaudhary, a convicted extremist preacher. After the London Bridge attacker was arrested with his Bangladeshi and Indian terror associates in 2010 in relation to the gang’s London bombings, Anjum Chaudhary described him as his “student” and “friend”.

Media further wrote that Khan was bullied at school over his facial hair and suffered exclusion and racism when he was a child. The son of a hard-working taxi driver, he attended Haywood High School in Burslem, Stoke, but dropped out without any qualifications.

Local media also added that Khan desperately tried to fit in by wearing designer clothes and be liked at school by keeping up with the latest fashion but had no confidence and would never speak up. He had started growing beard at an early age.

No family history or links with terror organisation

Investigators believe that his parents, who came to the UK from Azad Kashmir, were moderate people and had no relation with either terrorism or the extremist views of their oddball son.

Speaking to UK media outlet, The Sun, one of Khan’s class fellows said: “He was a really quiet kid at school, he kept himself to himself but he was made fun of when he started growing facial hair long before the rest of us.

“There weren’t many Muslim kids at our school and there was a lot of tension between the small group of Asian kids and the white kids.

“Looking back, he obviously tried really hard to fit in and be liked — I remember he wore a Helly Hansen jacket and Rockport shoes, which all the cool kids were wearing at the time.

“But he always used to sit by himself at school and only really had one person you could call a friend.”

The former class fellow shared that within months of leaving school in 2007, Khan had started preaching hate on the streets, seen running stalls of Al-Muhajiroun, and speaking in favour of Al-Qaeda and later on, Daesh. The former class fellow said that the London Bridge attacker was recruited by the local extremists who accepted him and made him feel comfortable.

Al-Muhajiroun, led by Anjum Chaudhary, open preached hate on streets of Britain, glorifying Osama Bin Laden, after the 9/11 terror attacks and mainstream media had provided a platform to extremist views of lawyer-turned-preacher Chaudhary and his associates. Mainstream Muslim organisations had on record condemned the media for providing publicity to a group of few extremists at the cost of millions of moderate Muslims.

In 2010, a group of extremists terrorists led by Bangladeshi origin militant, Mohamed Chowdhury, planned to bomb targets including Westminster Abbey, the London Eye, Boris Johnson’s then-Mayoral Office, the US Embassy, and the Church of Scientology. 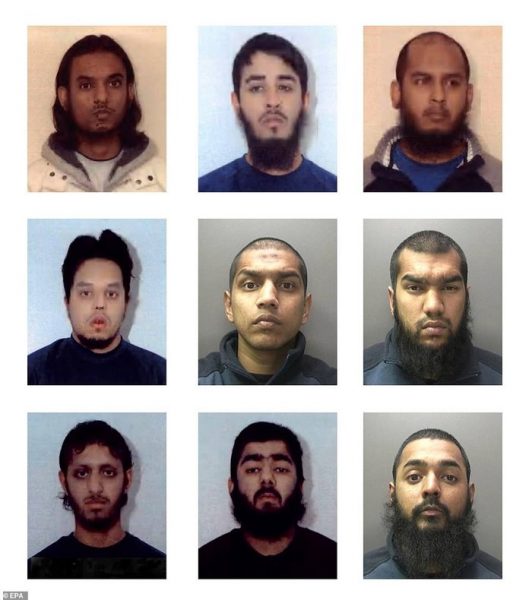 The secret services were covertly recording plans of the network and, before Nazam Hussain and the London Bridge attacker could travel to Azad Kashmir to set up a training madrassah site, they were all arrested in January 2011.

The Guardian said Khan was radicalised first by the extremist Yemeni-American cleric Anwar al-Awlaki and later by Anjum Chaudhary. The former has been described as a principal radicaliser in terrorism plots, including the July 7, 2005 London bombings and attacks in the US, such as the Times Square bombings in New York.

Court documents have shown that racism may have also played a role in radicalising Khan. They cite how he and others discussed bombing pubs in Stoke as a response to “racist incidents”.

Usman Khan’s neighbours, Rushton Grove in the Cobridge area of Stoke-on-Trent, told media that they were shocked at how he changed from a “lovely young lad” to a terrorist in the space of a few years. He had left the area before his arrest in January 2011.

Usman Khan was sentenced for preparing acts of terrorism and spent 8years in prison before being released in December 2018 — fitted with an electronic tag to track his movements.