The Notorious Sex Abuse Scandal and the Nobel Prize

The Notorious Sex Abuse Scandal and the Nobel Prize

It was quite surprising to hear how one of the most prestigious awards in the world, the Nobel prize for Literature, is apparently not going to be awarded to anyone this year by the Swedish Academy, responsible since 1901 for the granting of this prize.

The question that arose in most people’s minds was this:

What took place which was so damning and urgent that it warranted the postponement of a prize that has been awarded every year since 1943? 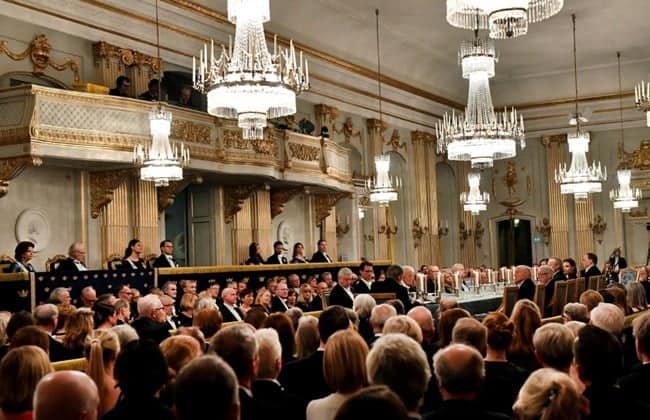 The Swedish Academy, the institution responsible for awarding the Nobel prize for Literature

The answer is sexual debauchery of course: the one irrepressible concept which rises tall above all others and can fell even the most significant and sacred of traditions.

The entire affair, now being cited as a “sex abuse scandal”, began last November when Dagens Nyheter, a local Swedish newspaper, published an account outlining allegations of assault and harassment made by 18 different women against one Jean-Claude Arnault. Arnault, a photographer by profession and a prominent cultural figure, has been closely tied to the academy for over 30 years, both through his marriage to a member of the academy and his friendship with other members.

A damning factor for the academy at this point is the development that came to light after a detailed investigation carried out by a firm hired by the academy: a letter revealing Arnault’s misconduct had been sent to the academy back in 1996, but the academy had done nothing about the accusation. Rather, it had continued to fund the cultural forum run by Arnault and his wife through which, in fact, the letter said the abuse was being carried out in the first place; informers have said that Arnault would use his influence to pressurize budding female artists and scholars into sex.

Crown Princess Victoria of Sweden is also reported to be one of Arnault’s unsuspecting victims, having been “groped” by him during one of their recent encounters.

This is viewed by many as an inescapable smear on the reputation of the academy; the Nobel Prize Foundation itself has stated how the crisis has “adversely affected the Nobel prize” and how the academy needs to now direct all its efforts towards “restoring its credibility” as an award-giver.

The renowned Swedish Academy, in accordance with the mounting crisis, announced its decision of postponement on Friday; the academy’s new secretary Anders Olsson (head of administration) claimed that the implementation of this decision was absolutely necessary, “out of respect for previous and future laureates, the Nobel Foundation, and the general public”.

Arnault and his lawyer, on the other hand, have claimed all accusations are false.

Nonetheless, true or untrue, the scandal has not only besmeared the prestigiousness of the academy but also resulted in a rift between academy members, many of whom have resigned, although resignation of members is traditionally unallowed by the academy. 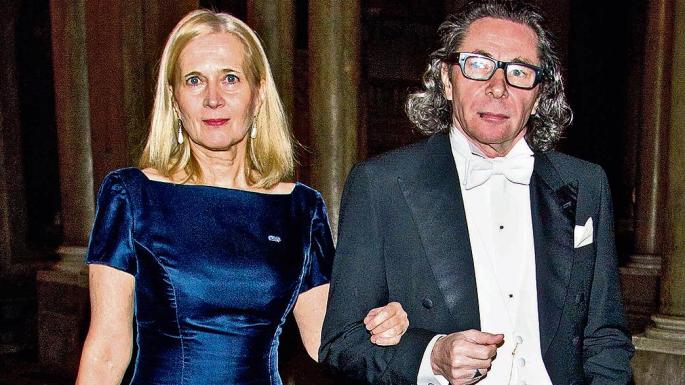 The accused, Arnault, with wife Katarina Frostenson, member of the academy

In a world plagued by narcissism, abuse, and indifference, practice and endorsement of the arts and science, which is precisely what the Nobel prize has been appreciating since its inception, becomes all the more important; the search for creativity, passion, and knowledge is what many of us use to combat the unpleasant realities of life.

For this reason, the postponement of the Literature prize handed out by the Swedish Academy is being viewed by many as the correct step; no matter the academy’s alleged deficiencies, it is still the institution responsible for granting this accolade. It needs to be given time to deal with the scandal and internally purge itself as far as possible so that the sanctity of the Nobel prize can be upheld.

He threatened to hang me naked from the fan
Editorial Desk March 29, 2019

Lahore based singer accused of harassment; Shamas says accusations are fabricated and fake chats are being shared

This is what the latest research says about coffee

Dilip Kumar, a legend against all odds, dies at the age of 98

Where did the ‘style’ in HUM Style Awards go?

Pink and transparent umbrellas take over markets in cities

The soft image of Pakistan can only be promoted once we value our culture and promote Pakistaniat: PM Imran Khan

He threatened to hang me naked from the fan

Life, One Puff at a Time – Drug Abuse in Pakistan