PPP leader Bilawal Bhutto has begun to take a very pro rights-for-all stance, with a special focus on labor rights. He stresses that the party has, in fact, a legacy of not only following but also fulfilling such a rhetoric. Recently, he brought up the work his father Asif Ali Zardari, his grandfather Zulfiqar Ali Bhutto, and his mother Benazir Bhutto have done in the name of assisting the poor and underprivileged of the country.

He says that “The Sindh government is the only provincial government in Pakistan which has launched the Labour Policy in the country, made labor laws and gave incentives to the labor class.” 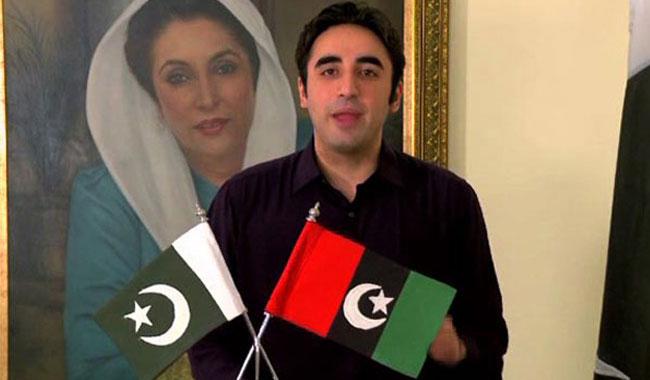 To this end (fulfilling his part of the legacy), Bilawal Bhutto has expressed his demand for a 3-month maternity leave for the people of Sindh. Side by side, he means to introduce social security benefits, and increased pensions and marriage grants, which he claims will benefit everyone equally. (A marriage grant entails a payment made to an employee, whether in service or retired, on the marriage of a child of that employee.)

While an honorable undertaking when assessed at face value, the usefulness of these policies in terms of the possibility of them being properly implemented seems to be quite low.

Even now, Bilawal has admitted that he is facing considerable opposition from the federal government (though such opposition is technically illegal) in the passing of these laws, particularly the policy of a 3-months long maternity leave.

The federal government has been more concerned with mainstream projects such as the Karachi Circular Railways Project in order to “lessen the difficulties” faced by the people of Karachi.

Bilawal Bhutto is of the mind that there is a need for provincial governments to break away from the enforced agendas of the federal government; he wants more freedom for provinces to implement their own policies.

However, there is a need to analyze the work the PPP leader is trying to carry out and the “legacy” upon which he is attempting to base this work.

The PPP does have a history of championing for the downtrodden of Pakistan. Its old slogan “Food, Shelter, and Clothing” for all can certainly be lauded as proof of that.

However, did the party really uphold its legacy? Many are of the opinion that Asif Zardari’s bout as leader stamped out all the old democratic and tolerant ideologies to the point that they cannot now be rejuvenated.

But perhaps looking in isolation at present leader Bilawal Bhutto’s passion and effort to introduce empathetic policies such as this maternity leave proposal, it can be said that he may be able to revive some of the PPP’s past positive glories.

Tags::
Previous Article
Voting – A Tutorial for Dummies
Next Article
Abdus Salam Centre to Be Renamed in a Decision of Historic Hypocrisy

NAB Arrested The President Of The Sindh Bank And Two Other Senior Officials
Hussain Saeed July 11, 2019

Counting Down to Pakistan’s Judgment Period in 2018
Abdullah Cheema January 29, 2018

Counting Down to Pakistan’s Judgment Period in 2018