Whenever women speak up against the many injustices they face on a daily basis, Pakistani men are quick to respond with complaints of their own burdens. The most prevalent of these “burdens” is the idea that a man needs to earn a good salary if he wants to get married and that women are “gold-diggers”. Unfortunately, like the vast majority of the “burdens” faced by men in Pakistani society, it is self-created by robbing women of their financial independence.

It’s no secret that women in Pakistani society are repeatedly disincentivized to study and work. Many conservative households do not send their daughters to school and, in the event that they do, they prioritize other things such as learning “a wife’s duties” rather than studying hard. After school, while many women have aspirations of higher studies and expanding their horizons, they are instead sent off to get married. In doing so, society sentences women to an at-home position whether they want it or not. Without a degree, and in many cases even secondary education, women often have no skills with which they can make a decent income for themselves and their children.

In addition to this, even if a woman ends up going to university, she is limited by a lack of financial resources. There are numerous studies pointing to a ridiculous disparity between the earnings of women and men, even though both possess equal qualifications. This is another way the patriarchy systematically robs women of their financial independence, discourages – and in many cases outright prevents – them from being able to earn for themselves and their children, and finally leads to men wondering “why are all women such gold-diggers?” 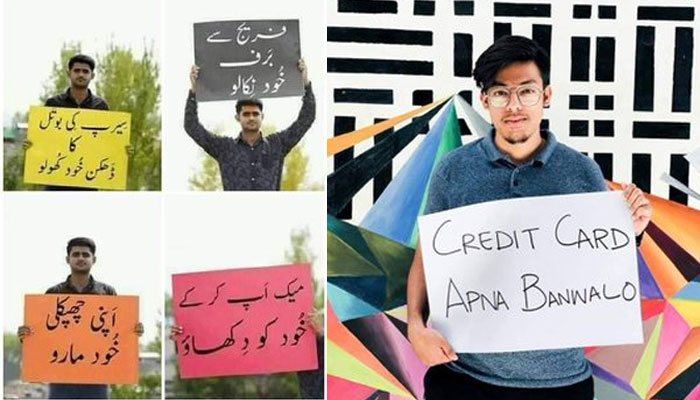 This is really just an example of men creating problems not just for women but for themselves as well. Why do women not go out and stand in queues for roti? Because whenever they do, they have to deal with leering stares and comments. If one wants to look for proof that women have ample reason to be scared in crowds, there are numerous examples to be found. For instance, why does the Karachi Eat festival only allow men when accompanied by women? Because there was a disturbing trend noticed of sexual harassment at public events throughout the city.

The West is rife with many problems, but one thing they have done right is to uplift women’s financial and social position. Until Pakistan takes steps to actively lift up women instead of dragging them down, not only will Pakistani women continue to face oppression every day, but men will also continue to contrive imaginative problems for which they can conveniently hold women responsible.