Lahore has more than 500,000 homeless people; where do they live?

Lahore has more than 500,000 homeless people; where do they live?

The homeless are seen everywhere. But are they really and truly visible? The world they inhabit is so different to what Lahoris call home, it might as well be the ‘upside down’.

Most of them live hard, scary lives. They may be seen lounging under bridges and whiling the days away on hot pavements but there is nothing relaxing or pleasant about being a homeless person in Lahore. With more than 500,000 homeless individuals residing in the city, it comes down to who possesses the greatest will to survive.

A study done in 2011 revealed that a section of the homeless community finds shelter in areas close to old Lahore’s historical monuments. When these individuals were asked what drove them to homelessness, most answered that it was difficult to find places to rent simply because they could not afford the high cost. Finding work and a stable source of income are often the biggest hurdles the homeless face. Sleeping on benches and pavements in cramped, grimy alleys is a sacrifice they have to make. 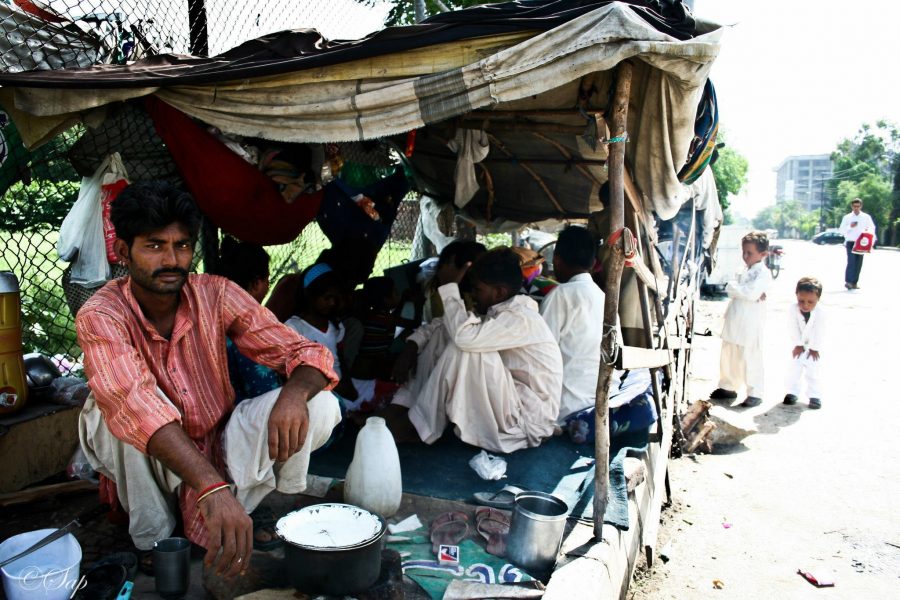 Recently a number of homeless shelters have been built to accommodate those in need. But most of them still have to fend for themselves. The social landscape of homeless communities is often built around the idea of impermanence: new faces, new places, all shifting and morphing in shadows.

But most interesting is the fact that they are not a homogeneous people. The homeless of Data Darbar exist in different spaces and do different things. Their Lahore is brimming with ancient culture and a simple but pure way of life. There is a peace that comes from knowing everyone else has as little as they do. However, the homeless of the rich city centres live in a Lahore that is not theirs. It is a Lahore of fast cars, indifferent people, and veritable coffers of wealth – none of which belongs to them.