Is it true that destroying Hiroshima and Nagasaki was necessary in order to save the world?

Is it true that destroying Hiroshima and Nagasaki was necessary in order to save the world?

At the time of the first bombing in Hiroshima, the second world war had already claimed millions of lives. Civilian deaths made up more than half of these. War crimes were committed on both sides: not one party emerged innocent of bloodshed. During 1939-45, six all-powerful nations played god, deciding who would live and who would die.

War wasn’t a brand new concept – far from it. Neither were war crimes against civilians. But the bombing of Hiroshima with a deadly uranium-based nuclear weapon that exploded across the city with a force of 13 kilotons was a destructive act reminiscent of Judgement Day. It was the first time a nuclear weapon was used in war – also the last, because it shocked the world with its power. Despite the devastation that was wrought, America never actually apologised for the war. President Truman insisted, over and over, that the bombings actually saved lives in the long run.

Looking at pictures of the attack’s aftermath, it seems almost inhumane to say that such an act had even an iota of good in it. 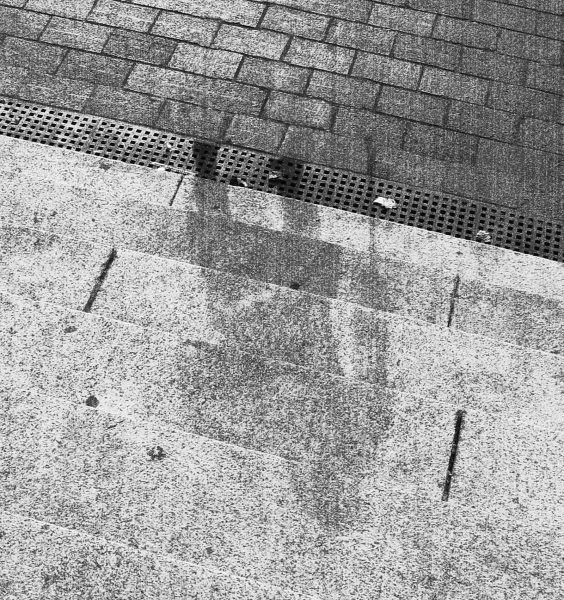 The heat was so intense that some people simply vanished. This is the outline of a person who was sitting on the steps of a bank prior to the attack. All that was left is this shadow. (source: CNN)

Those who agree that the bombing was necessary point out that Japan was unwilling to surrender; too many American lives had already been lost, and Truman made the best possible decision. Also, the loss of life that would result if the country was invaded was estimated in the millions. An obliterative nuclear bombing was the lesser of the two evils. But was it really necessary?

There are some experts who argue that, militarily, Japan was weak. With a little more pressure, it could have been forced to surrender. Strong evidence also suggests that it was not the nuclear attack that forced Japan to surrender but in fact the invasion by Russia later on – rendering the attack unnecessary. Moreover, a U.S. official had suggested America make it clear to the Japanese Emperor that if Japan surrendered, he wouldn’t be held responsible for the instigation of war or war crimes. But this bloodless solution for a possible end to the war was brushed aside.

America’s position was morally indefensible. The consequences for Japan were ghastly; harmful radiation continued to take lives long after the attack was finished and done with. People’s lives were irrevocably changed. In a situation where America knew the scale of the damage – or even suspected it – it should have tried every alternative possible before employing nuclear weaponry.

Facebook Comments
Previous Article
Samsung’s bean shaped Galaxy Buds Live look cooler than the Airpods, but are they better?
Next Article
Balochistan is even more majestic than the north and unpolluted to boot – but will we allow it to stay that way?