Declassified documents released in 2017 is an eye opener on the Central Intelligence Agency’s central role in the 1953 coup that brought down Iranian Prime Minister Muhammad Mossadegh, fueling a surge of nationalism and ending democracy in Iran for good.

Who was Kermit Roosevelt Jr. 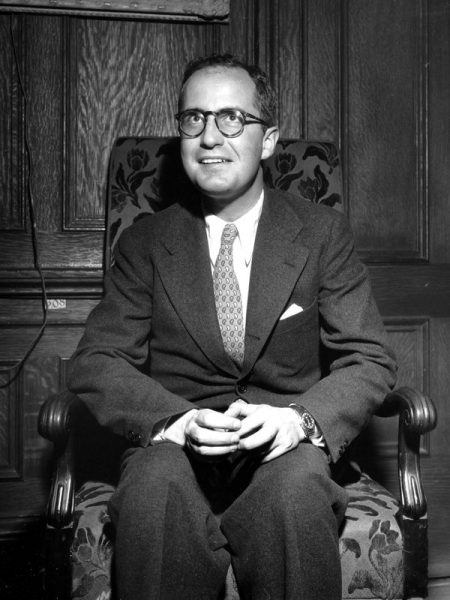 The documents provided details of the CIA’s plan at the time, which was led by senior officer Kermit Roosevelt Jr., the grandson of U.S. President Theodore Roosevelt. Over the course of four days in August 1953, Roosevelt would orchestrate not one, but two attempts to destabilise the government of Iran, forever changing the relationship between the country and the U.S.

The approximately 1,000 pages of documents also reveal for the first time the details of how the CIA attempted to call off the failing coup — only to be salvaged at the last minute by an insubordinate spy on the ground. All this in just 4 days.

It was always about oil

Known as Operation Ajax, the CIA plot was ultimately about oil. Western firms had for decades controlled the region’s oil wealth, whether Arabian-American Oil Company in Saudi Arabia, or the Anglo-Iranian Oil Company in Iran. When the U.S. firm in Saudi Arabia bowed to pressure in late 1950 and agreed to share oil revenues evenly with Riyadh, the British concession in Iran came under intense pressure to follow suit. But London adamantly refused. 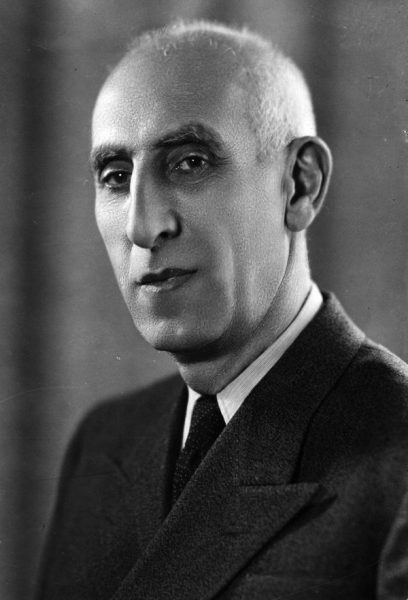 So in early 1951, amid great popular acclaim, Mossadegh nationalized Iran’s oil industry. A fuming United Kingdom began conspiring with U.S. intelligence services to overthrow Mossadegh and restore the monarchy under the shah. (Though some in the U.S. State Department, the newly released cables show, blamed British intransigence for the tensions and sought to work with Mossadegh.)

According to Stephen Kinzer, author of the book All the Shah’s Men, Roosevelt quickly seized control of the Iranian press by buying them off with bribes and circulating anti-Mossadegh propaganda. He recruited allies among the Islamic clergy, and he convinced the shah that Mossadegh was a threat. The last step entailed a dramatic attempt to apprehend Mossadegh at his house in the middle of the night. But the coup failed. Mossadegh learned of it and fought back. The next morning, he announced victory over the radio.

The coup attempt began on August 15 but was swiftly thwarted. Mossadegh made dozens of arrests. Gen. Fazlollah Zahedi, a top conspirator, went into hiding, and the shah fled the country.

CIA calls of the coup

The CIA, believing the coup to have failed, called it off.

“Operation has been tried and failed and we should not participate in any operation against Mossadegh which could be traced back to US,” CIA headquarters wrote to its station chief in Iran in a newly declassified cable sent on Aug. 18, 1953. “Operations against Mossadegh should be discontinued.”

“Operations against Mossadegh should be discontinued.”

Kermit Roosevelt ignored That is the cable which Kermit Roosevelt, top CIA officer in Iran, purportedly and famously ignored, according to Malcolm Byrne, who directs the U.S.-Iran Relations Project at the National Security Archive at George Washington University.

At least “one guy was in the room with Kermit Roosevelt when he got this cable,” Byrne told Foreign Policy. “[Roosevelt] said no — we’re not done here.” It was already known that Roosevelt had not carried out an order from Langley to cease and desist. But the cable itself and its contents were not previously published.

Rented Crowds and End of Mossadegh 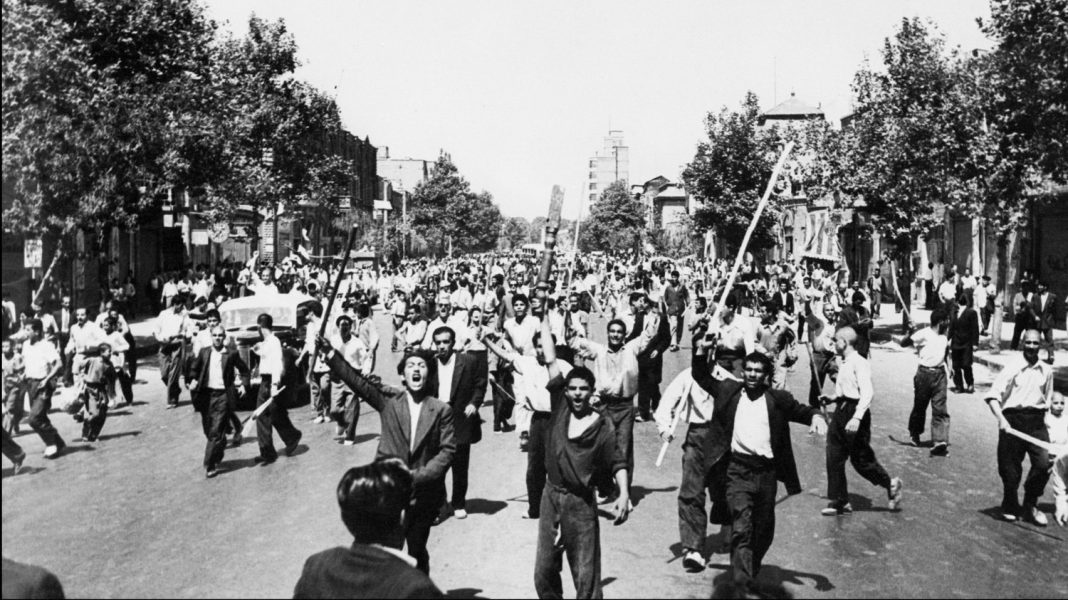 These protests were widely known to be funded by the CIA

The consequences of his decision were momentous. The next day, on August 19, 1953, with the aid of “rented” crowds widely believed to have been arranged with CIA assistance, the coup succeeded. Iran’s nationalist hero was jailed, the monarchy restored under the Western-friendly Shah, and Anglo-Iranian oil — renamed British Petroleum — tried to get its fields back. (But didn’t really: Despite the coup, nationalist pushback against a return to foreign control of oil was too much, leaving BP and other majors to share Iran’s oil wealth with Tehran.)

Mossadegh was placed on trial and spent his life under house arrest. The shah returned to power and ruled for another 25 years until the 1979 Iranian Revolution. The 1953 coup was later invoked by students and the political class in Iran as a justification for overthrowing the shah. 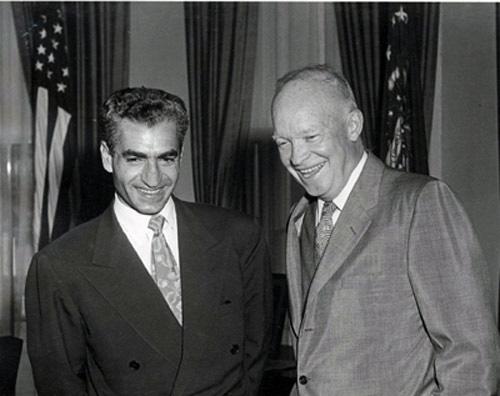 Operation Ajax has long been a bogeyman for conservatives in Iran — but also for liberals. The coup fanned the flames of anti-Western sentiment, which reached a crescendo in 1979 with the U.S. hostage crisis, the final overthrow of the shah, and the creation of the Islamic Republic to counter the “Great Satan.” (Thanks America.)

The coup alienated liberals in Iran as well. Mossadegh is widely considered to be the closest thing Iran has ever had to a democratic leader. He openly championed democratic values and hoped to establish a democracy in Iran. The elected parliament selected him as prime minister, a position he used to reduce the power of the shah, thus bringing Iran closer in line with the political traditions that had developed in Europe. But any further democratic development was stymied on Aug. 19.

The U.S government long denied involvement in the coup.

The CIA accepted no responsibility till 2013

The State Department first released coup-related documents in 1989, but edited out any reference to CIA involvement. Public outrage coaxed a government promise to release a more complete edition, and some material came out in 2013. Two years later, the full instalment of declassified material was scheduled — but might have interfered with Iran nuclear talks and were delayed again, Byrne said. They were finally released in 2017, though numerous original CIA telegrams from that period are known to have disappeared or been destroyed long ago.

Byrne said that the long delay is due to several factors. Intelligence services are always concerned about protecting “sources and methods,” said Byrne, meaning the secret spycraft that enables them to operate on the ground. The CIA also needed to protect its relationship with British intelligence, which may have wished some of the material remain safeguarded.

Once Shah was in power and his famously cruel and corrupt dictatorial regime started, United States conveniently turned a blind eye.

“I owe my throne to God, my people and you” – Shah reportedly said this to Kermit Roosevelt after being put in power.

This article was originally published on Foreign Policy and was further edited by ProperGaanda’s editorial team and published here. You can check out the original piece here.

Tags::
Previous Article
US citizens start leaving Iraq after air strike
Next Article
US President authorises the resumption of military training in Pakistan

What Is Bitcoin And Why Do We Need To Talk About It?
Eleazar Bhatti May 31, 2019

What Is Bitcoin And Why Do We Need To Talk About It?