Having risen to prominence as one of the most strident critics of state sanctioned violence and law enforcement in the United States, America’s minority racial and ethnic groups have advocated vociferously for civil disobedience under the slogan of the “Black Lives Matter Movement.”

The Black community remains one of the most heinously abused groups amongst other oppressed communities in the 21st century. The recent murder of George Floyd sparked a series of protests worldwide in support of the Black community to take back the liberty it has been denied for centuries. The true nature of American policing coupled with the unapologetic bastardization of Black culture in a gross quest for moral and military supremacy has irrevocably been uncovered to the world at last.

The narrative that we as Pakistanis ignore, however, is different. The “separate but equal” credo we so religiously follow is what drives our inherent indifference towards such widespread issues. The knee of subjugation that took Mr. Floyd’s life is the very same that facilitates oppression of all marginalized groups; it is the same knee that allows for corrupt, bigoted leaders to practice a gross misuse of power against disadvantaged communities, and it is that same knee that allows for even us Pakistanis to practice racism without even realizing it.

Here is what you need to know about racism in Pakistan.

Does Pakistan have a black community?

Yes! The phenotypic curiosity that is Pakistan’s African minority, comprising of Afro-Iranians that migrated to Pakistan after generations of slavery, have now integrated into majoritarian Pakistani Society. The efforts by historical textbooks and articles to enshrine a curated historical narrative have ignored the role black slavery has played – a phenomenon very similar to Pakistan’s feudal system.

Persian ethnocentrism coupled with the African diaspora of history has led to the inevitable oppression of and indifference towards the Afro-Pakistani community.

Meet Ms. Tanzeela Qambrani, who is the first of the Sheedi community to hold a seat within the Pakistani legislature: 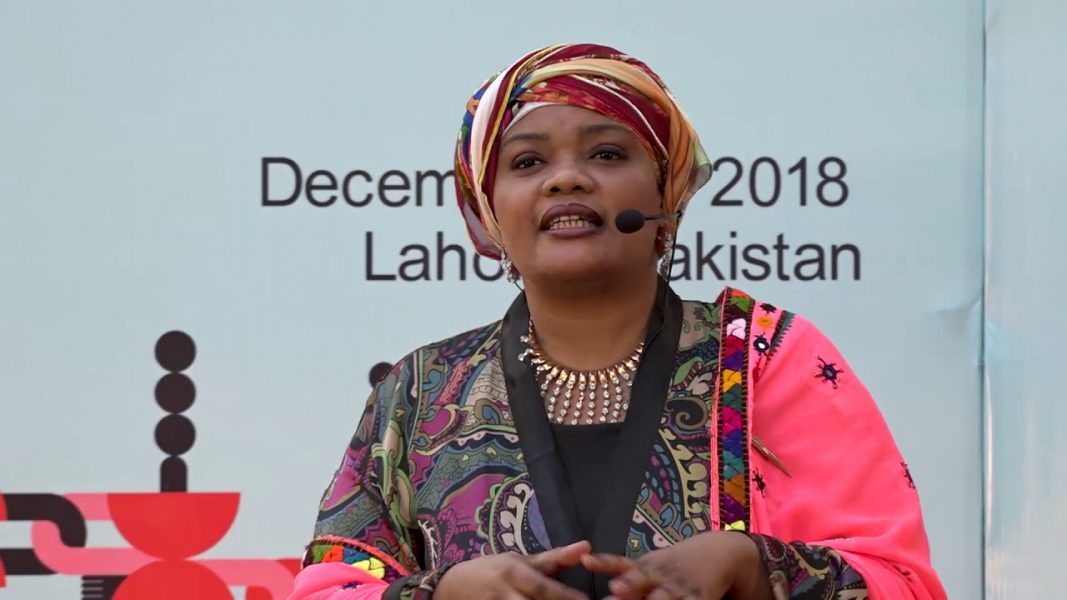 Do we unconsciously persecute our minorities?

From our far-reaching disregard for the Pashtun Tahafuz Movement – a movement demanding the protection of Pashtun Rights – to hegemonic Pakistani discourse whereby Pashtuns are considered synonymous with violent malefactors, there is no lack of evidence pointing to our indifference as a society.

It is this lack of awareness that leads to us actively usurping the culture and identity of minorities to a degree that our attitudes become exploitative. From our subtle commentary on looking for fair skinned Pashtun girls to jokes mocking “dense” Pathans (very similar to how we sometimes laugh about “not being able to see our black friend in the dark”), we constantly lay the foundation for prejudice and harmful superficiality.

Peshawar’s vast disparities juxtaposed with powerful central regions in Punjab where the bureaucratic elite maintain their hold and live within the comforts of their ivory towers puts up a stark display of class difference, oppression, and exploitation. We paint the Taliban problem out to be a tribal issue within FATA, which obscures the reality of how these very tribes are subject to brutal violence, abduction, and murder at the hands of terrorists. Within more “central” areas, such heinous crimes usually gain enough traction to make the front page. However, the peripheral areas of Pakistan are not viewed through a similar lens of concern.

Part of the bigger picture is the fact that most oppressed groups do not even identify as Pashtuns but are assumed to be part of the Pashtun community simply as a result of their diverse backgrounds – from Uzbek and Hazra to Tajik who are frequently referred to as “Taliban” by non-Pashtun communities in their everyday interactions.

What is the WSIC?

The WSIC or the “White Savior Industrial Complex” refers to the “confluence of practices, processes, and institutions that reify historical inequities to ultimately validate white privilege” (Anderson, 2013, p. 39). The general rhetoric that is unconsciously peddled vis-à-vis the black community is a distorted narrative that paints its people as hailing from an impoverished/conflicted region that – come hell or high water – is in need of protection or rescue by a superior body.

Not only does this gloss over meaningful policies that actually aim to diminish rampant systems of oppression, but such a mindset also simultaneously perpetuates the hegemonic undertaking of white supremacy (Allen, 2001) as a centuries-old tradition within colonized regions. This essentially leads to misconstrued ideas that deem people of color incapable, on their own, of administering and modifying oppressive or conflicted situations they may be embroiled in.

It is important to keep ourselves within check and be cognizant of the fact that we live in a racialized world where the rich and mighty abuse their Herculean wealth to utilize weaker regions as playgrounds to further their own geopolitical agendas: a world where marginalized groups are simply made out to be collateral damage. It is our support, not our saving, that is needed.

Facebook Comments
Previous Article
6 yards of elegance: The sari
Next Article
Why the Indian matchmaking show on Netflix is a total nightmare