6 Facts That Had Us Seeing Jinnah in a Different Light

6 Facts That Had Us Seeing Jinnah in a Different Light

The words ‘ Quaid-i-Azam’ when said aloud already bring goosebumps to people skin. The fact that he was such an inspirational leader and an even better role model for Pakistanis and Muslims around the world is an honor for us. Although he died very soon after Pakistan’s independence, he fought a war for the country we all love and are indefinitely indebted to the man.

Even after him being an icon in Pakistan there are some really interesting things about the Quaid that most people don’t know!

1. Mr. Jinnah was the youngest Indian at the time to ever pass the Law examination in England. He completed the examination in 1896 at the age of mere 20!

2. Accounts of history on his person have suggested that he never wore the same tie twice and always had excellent fashion sense. Some have even said that he insisted on being dressed formally on his deathbed.

3. Jinnah’s first marriage only lasted a few weeks. He was married to a woman from his village in Paneli. She, unfortunately, died when Mr. Jinnah was abroad in England studying.

4. After becoming the Governor General of Pakistan, he fixed his salary to just Rs.1 per month because he didn’t want him to be a major cost to the new country. 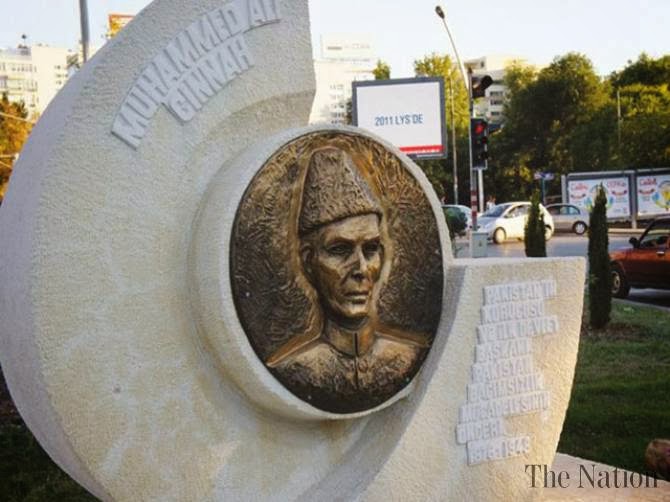 5. One of the largest streets in Ankara, Turkey is named after the man. It speaks of the huge influence he has had internationally and not just locally.

6. Interestingly, he even tried to join a theatre group because he wanted a change in a career while he was in London. His father apparently talked him out of the idea so he could resume law. Thank God for that.

7. His surname originally ended with ‘bhai’. He eventually changed that later to ‘Jinnah’. What a change that was, calling Mr. Jinnah as anything else just doesn’t seem right. Other that Quaid-e-Azam ofcourse.

The man was a huge role model for all us as Pakistani’s and us Pakistani men. He presented an amazingly elegant and classy etiquette and always spoke and presented himself with respect and dignity. Let’s celebrate all days following 14th August with the virtues he’s presented us with and most importantly take care of this amazing country he has given to us!

Facebook Comments
Tags::
Previous Article
Here’s the 411 on Naya Pakistan’s Maiden National Assembly Session
Next Article
You Have to See this Teacher’s Words to His Students on CIE Result Day

14 Pictures from Partition that Will Hit You Right in the Feels
Saba Saeed August 14, 2018

Jashan-e-Azadi – A Day in Tweets